Delays, detours, and road closures should be expected.  If you need your vehicle during this time, please relocate it to a street outside of the work zone.  Also, all on-street parking will be prohibited and strictly enforced by the Reading Police Department.

If work is occurring on your scheduled trash day, please have your trash and recycling at the curb no later than 6:30 A.M. to ensure pickup.

If you have any questions or concerns, please contact the Town of Reading Engineering Division at 781-942-9082. 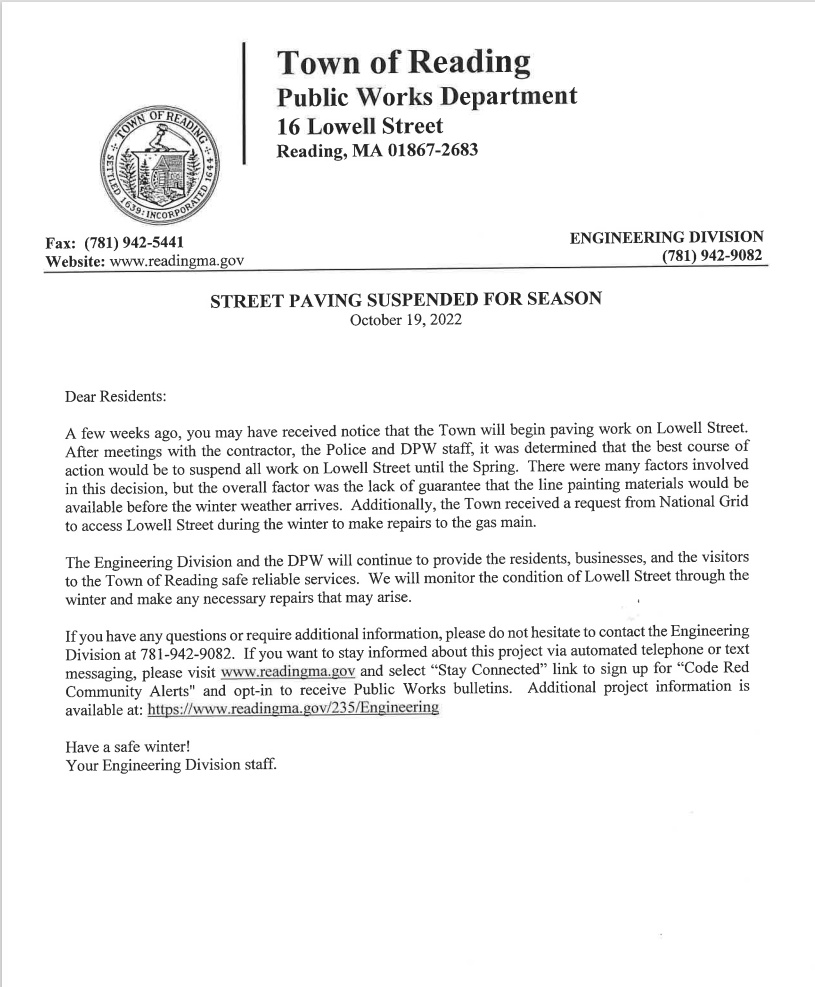 November 2, 2022 Update:   Over the past several weeks, the Town’s contractor has attempted to “hammer’ out the ledge at the site of the proposed water tank.  Although initially successful, the deeper ledge proved to be harder than what the contractor expected.  As many of you are aware, the Town cannot dictate to a contractor the means and methods in which they are to do their work.  The Town can only tell them what work needs to get done.  At the insistence of the Town, however, the contractor was instructed to seek alternative methods of removing the ledge.   At this time, the contractor is drilling the ledge with a series of small holes and will attempt to “split” the ledge.  Even though the drilling of the ledge will create noise, it will not be any where as loud or disruptive as the hammering action.  Obviously, it is our hope that this method of removing the ledge will be successful, however, if it is not working, the Town will again ask the contractor to seek optional methods.

July 20th  Update: Contractor will look to mobilize over the next two weeks to a month. This project will include upsizing and lining some of our oldest water mains in Town. It is expected that the contractor will work though the winter and complete the project in Spring of 2023. 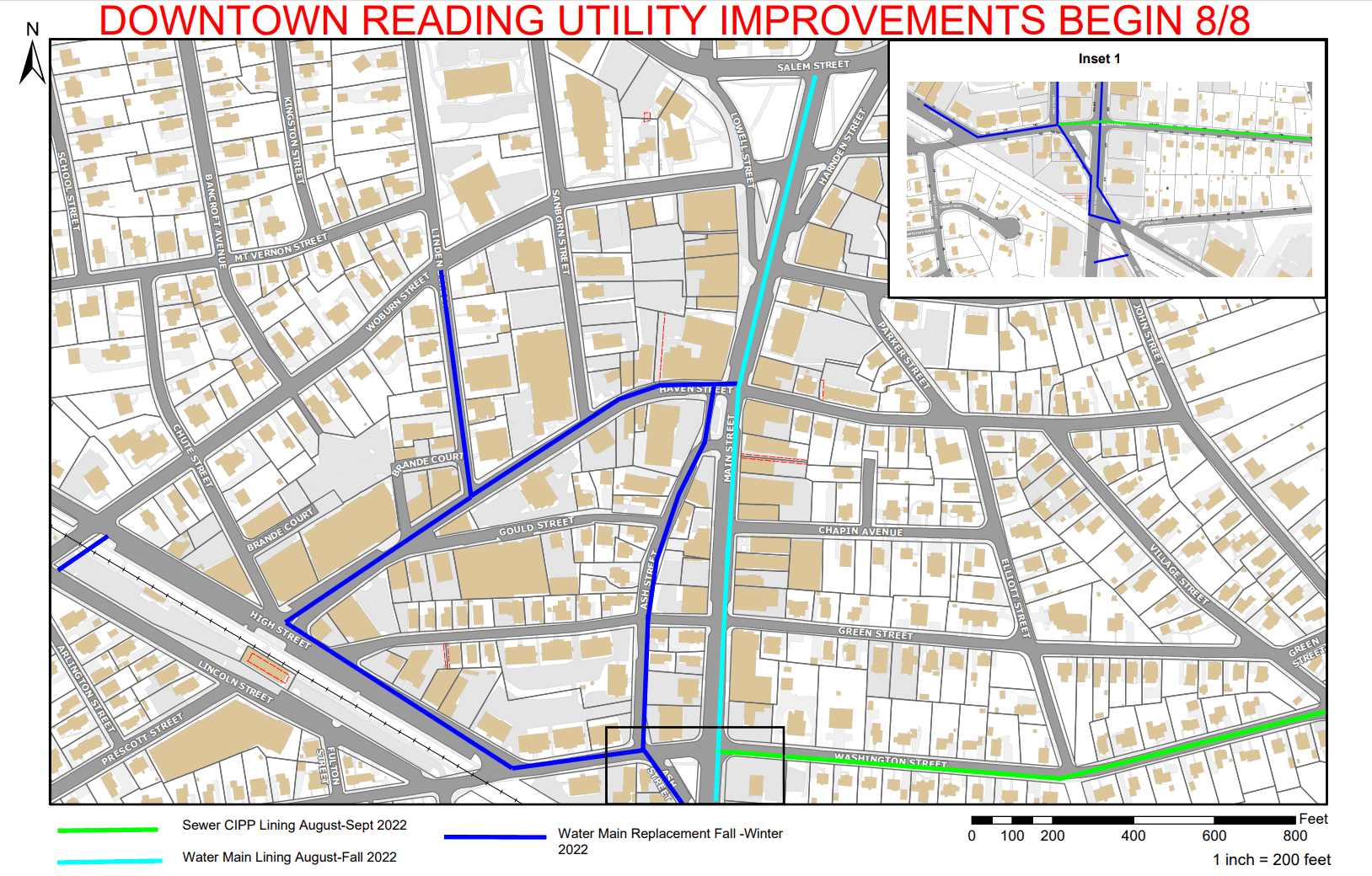 Begins: 8/8/2022 The Town of Reading and its contractor N. Granese and Sons will begin to line and replace and water mains Downtown. This is part of the critical Town-wide water and sewer distribution system improvement program. Construction is scheduled to begin on Monday August 8th. The Main Street water main cleaning and lining will be the first portion of the project completed. Additional water main updates and replacements will encompass most of the depot area, between Main Street, Woburn Street and High Street. The water mains replaced will be installed alongside the old main while they are still active to cut down on service interruptions and bypassed water mains. Any shutdowns or loss of service will be communicated well in advance. For continued up to date information please check our website and social media pages. An attached map with the locations of work will be updated and kept on the Public Works website. Under the current plan, construction should not affect the accessibility to businesses. However, it is possible that construction will impact parking. In rare cases when construction may impact driveways the contractor will make every effort to provide temporary access to these properties. The excavation will be filled in and the street made passable at the end of each day. For questions concerning this project, please contact the Engineering Office at 781-942- 9082, Monday – Thursday, between the hours of 7:00 AM and 5:30 PM, or email Alex Rozycki at arozycki@ci.reading.ma.us Thank you, Town of Reading Engineering Division